The first time I heard the word "kinalasan" in Baybay, I thought it was similar to our "kinalasan" in Waray. But I was wrong. Baybayanons (the people of Baybay, Leyte), by the way, speak Cebuano. AWKWARD -- that was what I thought of the way my friends used the word. For example:


At the time, I only knew the most basic Cebuano terms and this was how I interpreted the sentences:


I was startled about us (my siblings and me).

I was startled as I arrived (at the venue).

I was startled as I gave my contribution.

I was the contestant who was startled.

They did not make any sense to me. But I persevered: I studied the sense of each sentence.  Finally, I noticed a pattern  and I figured out how to translate them correctly. I realized that they sounded awkward to me only because I was mixing Cebuano and Waray while trying to understand the following sentences:


I am the youngest in the family.

I was the last to arrive.

I was the last to give a contribution.

I am/was the last contestant.


What is kinalasan in Waray? It means "to be startled"; hence, my translation of the above-mentioned sentences. On the other hand, kinalasan in Baybay is the result of combining the Cebuano prefix kina, the English word "last", and the Cebuano suffix an:  kina + last + an. The letter "t" is, however, dropped to give way to the newly-coined word, kinalasan.

What is kinalasan in Baybay? Apparently, there is an attempt at making a superlative adjective out of the superlative "last"; hence, the last of the last.

Here's Another Way of Saying "Not Yet" in Waray

"Ayaw anay" can be loosely translated as "Don't do it yet" in English.  "Anay" as used in this expression has its Waray equivalent in Northern Samar -- it's "ngon-a".  "Ngon-a" can be considered a clitic, i.e., it is a word that cannot stand alone but depends on another word or phrase. Below are Waray expressions containing ngon-a: 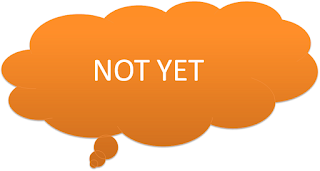 Ngon-a may be replaced with anay and the meaning is still be the same.

Posted by Rhodora Bande No comments: