5 Things this Blog Accomplished in 2012

Warayblogger.com may be one of the more inactive blogs in the blogosphere, but it still managed to do five (5) great things in 2012. 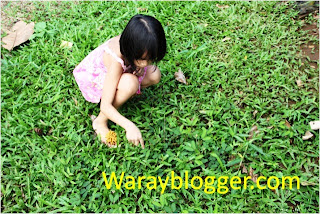 This site got its domain name in January, 2012.  At the time, I wasn't sure if I would be able to keep up with the demands of maintaining a website.  I'm glad I made that decision because the act of shelling out a few dollars led to my utter dislike of failing as a part-time blogger. (It's great to have my own dot.com and I will hold on to it as long as I can.)

It finally got a 6-digit Alexa traffic rank (TR).  Initially, this site had a 27,000,000+  Alexa TR. Getting a 6-digit rank was, in other words, a very elusive dream for me. I read, studied, and visited every blog that talked about the Alexa TR. I did what other bloggers suggested and was soon giving tips on how to improve a blog's Alexa statistics. As of this writing, Warayblogger has a three-month global Alexa traffic  rank of  746,766. Elusive dream? Not anymore.

Got back the Google PageRank (PR) in May.  When this site's URL changed, it also lost its Google PR. Majority, if not all, of the webmasters worldwide at one point in time go gaga over Google PR. Some say that chasing this Google thing is like having your own Holy Grail quest. I don't think I'm up for this challenge; hence, I'll stop running after it. That green bar is enough to make me a happy blogger.

More blog posts were written this year.  I once read an article titled, "How to make your blog look old." It had such a compelling content (said blog is, however, unavailable at the moment) that I followed the blogger's advice -- I reviewed my blog and  wrote some posts for those months where I had no entries.  For example, the Waray dictionary can be found in last year's archive. It was, in reality, written in April, 2012. I'm admitting it now: the blog posts that appear to be written about a year ago were actually written recently.

This blog is starting to be self-sufficient through its passive income. I may not have been your typical prolific blogger, but this blog was quietly doing something for itself.  As a result, I'll have funds for the domain renewal come January 30, 2013 which means I'll be able to continue serving those who come to this site searching for some information. Life is great, isn't it? There is hope for this site and I'm looking forward to bigger and better things ahead of me.